BT Young Scientist is the country’s most famous Science Competition amongst secondary school students. Each year there are over 2000 entries with 550 of these entries progressing to the National Finals which takes place over 3days in the RDS in Dublin. Over the years St. Brigid’s have had many projects which have made it to these National Finals while also picking up some awards.

2021 BT Young Scientist -Vertical Farming By Ali O Donoghue and Eilis Mullane   (Award Won-Highly Commended)
This project aimed to determine whether it would be feasible and beneficial, for our school (as a medium sized secondary school), to practiise vertical farming as a way of providing plants for teaching, for some school food, and to help make our school a healthier place for all.

The girls determined the feasibility of carrying out vertical farming in our school by examining different areas within the school to see if they had the proper growing conditions for microgreens and carrying out “growing experiments” in their homes (indoors and outdoors) and conducting online surveys of staff (teaching and canteen), and all student groups to learn how much they knew about vertical farming, what plants were used in the school and if people would be willing to help them with a vertical growing scheme. Unfortunately, plans to grow the plants in our school were changed due to school closures around The Covid 19 Pandemic.

The group successfully grew microgreens indoors and outdoors, identified areas in our school, both indoors and outdoors where microgreens could be grown vertically, learned the names of the plants used in the school,  found that although the vast majority of those surveyed knew little about vertical farming, that they welcomed and saw benefit in the idea of growing plants in our school and were delighted to find that a majority would be willing to spend the time (15minutes/week on average), necessary to cultivate plants by vertical farming in our school.

They are currently extending their project to carry out experiments with an industrial style vertical farming “ module” on loan from “ Farmony” the only large-scale vertical farm currently in Ireland. This is currently on location in the school. The module uses a water pump and L.E.D. lighting to optimise growing conditions for sprouting seeds.

In addition to all the above, they were invited to present their project to “Self Help Africa” as an investigation into modern food producing practises that could help to alleviate hunger in third world countries.

The girls also obtained “ The Young Environmentalist” award and the overall “ Junior Science” award at Scifest 2020 it seems like they still have a lot more ideas to continue this work into the future. 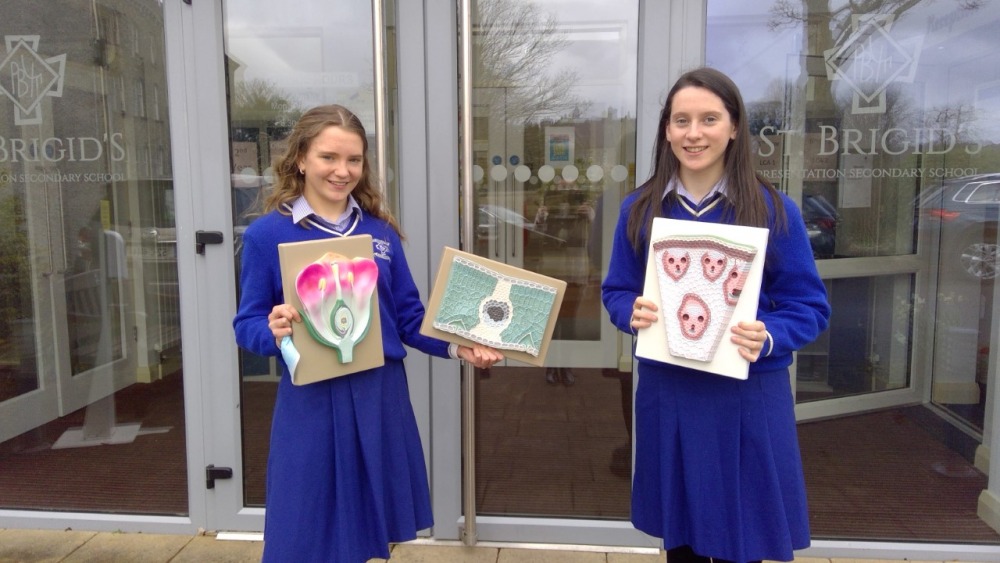 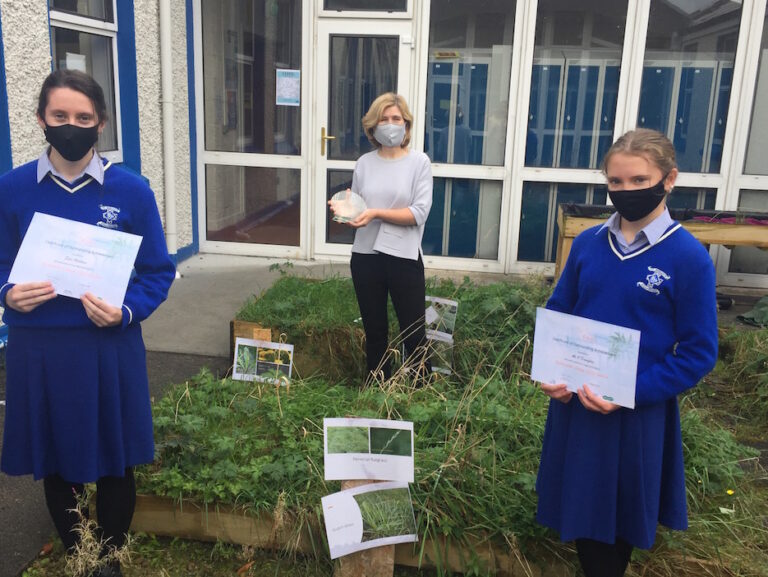 This project was 'An Investigation into the Presence of Microplastics in Freshwater Lakes Surrounding Killarney'. Seven separate bodies of water in and around Killarney were tested to see are Microplastics present. The girls formed and interest in this area as there has been a lot of research into Microplastics in the sea, but not in Freshwater. During the project the students had the opportunity to work with IT Tralee to separate and analyse the particles using TGA-IR, along with, FTIR and SEM/EDAX machines to generate their results.

In 2021 St. Brigid’s had two teams that reached the National Finals of the F1 in schools Competition. The two teams were called “Team Vroom” and “Team Mario”. 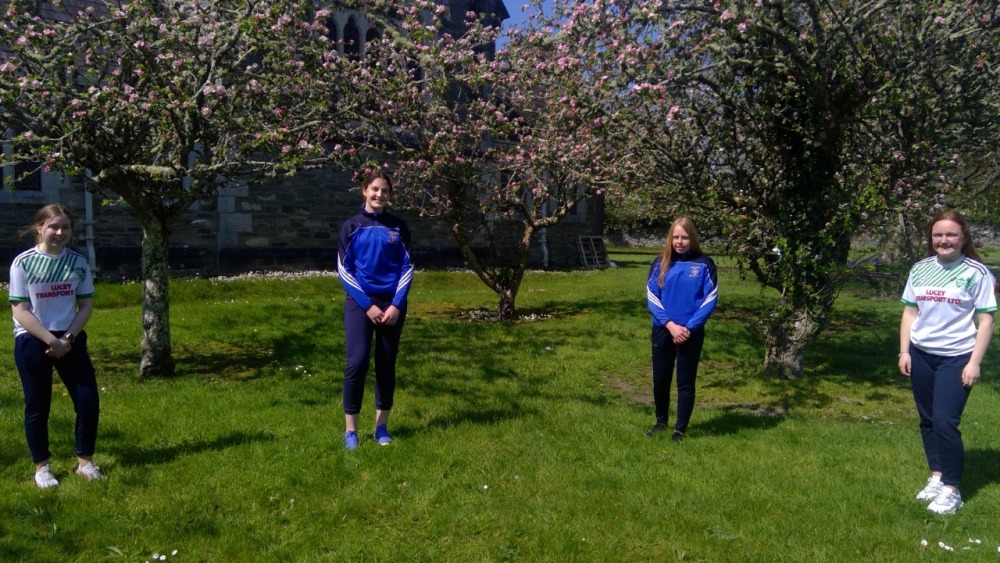 Team Vroom which consisted of Ilona Sheehan, Kayla Byrne, Ella Galvin and Grace Daly got nominated in the "Best Communicators" category and won the "Women in Engineering" prize and also picked up an award for being placed Top 10 overall in the competition. 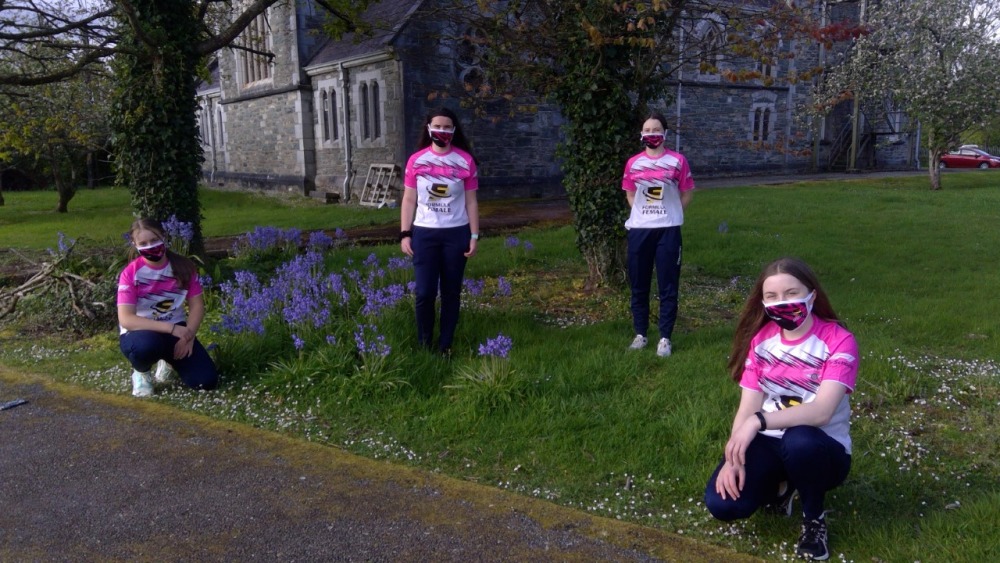 This competition is the fastest, most exciting STEM competition for secondary school students! Here the students learned how to design, race and build their own miniature Formula 1 car.

Each team’s aim was to design, build and race the fastest and most-efficient Formula One car of the future, powered by compressed gas cylinders. Each team found sponsorship to fund their development, managed their brand and partnerships, learned how to build and test prototype cars, analysed their performance and ultimately raced their very own car.

SciFest is the largest second-level STEM fair held in Ireland, providing a platform for students to showcase project work in all areas of Science, Technology, Maths and Engineering.

It is hosted locally in the IT Tralee (now known as MTU Tralee) and during the period of school closures due to Covid-19 was held through submission of data electronically and on-line project presentations.

This Regional fair often provides a steppingstone for students to the larger BT Young Scientist competition and serves to give students some feedback from judges as to how they can improve or broaden the scope of their project work to compete on a National level.

St. Brigid’s students have had considerable success in Scifest; having recently snapped up the Junior Science Award and the overall Young Environmentalist award.

Team members Mairead Bennett and Ava Moynihan both had a keen interest in science and in particular environmental science and biology. Their environmental issue was the connection between Lichen and air quality in their area. “We know everyone is aware of lichen in our area but we wanted to know if people knew what is the 'white stuff that grows on trees' really is and we are aware that most people on their walks don’t go examining the

lichen on various trees but we feel it might be something we should do. With the ever-worrying issue of pollution in the towns and cities and the rise of fossil fuels we feel it's really important that we know how to set the air quality in a quick easy fool-proof way. “ 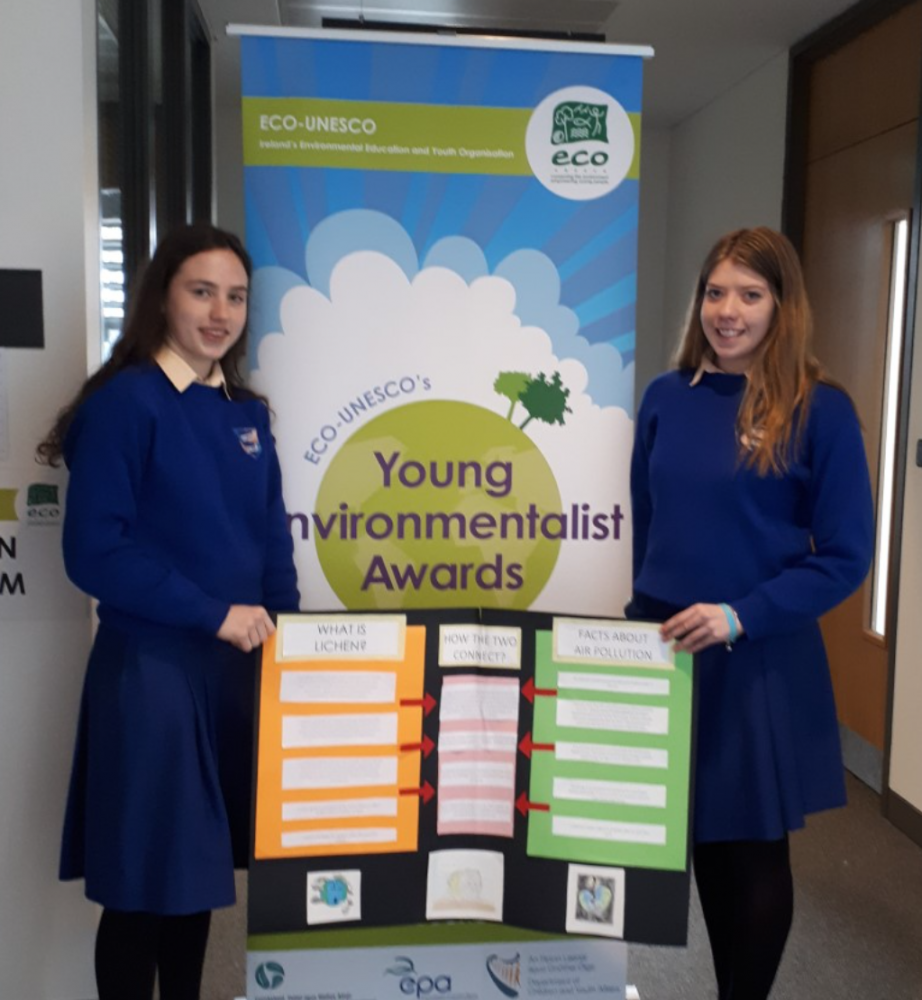